What Clients Have Been Saying…..
plus a few excerpts from Album Reviews “I was very fortunate…let me rephrase that…I’m absolutely elated to have had my first CD experience with Karen Kane. After our first meeting I knew that I was in good hands as an artist. Why? She listened and cared about MY music and MY thoughts. This was surprising at first because Karen has ‘been there and done that’, but she guided me through production, recording, mixing, and mastering not only with great attention to detail, but sincerity and honesty which was very important to me. Whether you’re a seasoned pro or a newbie, you couldn’t pick a better person all the way around”.
Dennis Brinson, Singer/Songwriter, Wilmington, NC “Producer/Engineer Karen Kane works tirelessly to make your music come to life! Without being pushy, she comes up with great production ideas and completely invests herself 100% emotionally and professionally, as if it were her own music. She is considerate of the feel you are going for, works extra hard to meet your needs and will always give you an honest opinion! Thank you Karen Kane for being my MixMama and a part of my first album journey.”.
Vanessa Lynch, Singer/Songwriter, Wilmington, NC 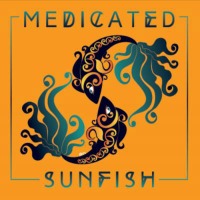 ​Excerpt from a Home Grown Music Network REVIEW of the 2016 Medicated Sunfish EP:
Another wise decision by the band was to work with veteran music producer Karen Kane who was recognized as “North Carolina’s Producer of the Year” in 2013. “Medicated Sunfish is a young band without any studio experience BUT because of the level of talent, the studio production went very, very well,” says Karen. “The creativity within the band was very high and I thoroughly enjoyed guiding them in the right direction throughout many months of working together.” “I can’t say enough about my Producer Karen Kane, and the amazing musicians she brought in to work on “Glimmer”. Karen has the finest ear of anybody I’ve ever met. Give her a strong song to work with and the Mixmama Magic begins!”.
Anna Gutmanis Singer/Songwriter, Toronto

“Glimmer In The Dark” REVIEW EXCERPTS:
“There is no let down in “Glimmer In The Dark”…..From packaging and liner notes to pure musical genius, all is there. The production value of the CD is spot on perfect. I can honestly say that this recording is more than just a beloved CD. It is, without a doubt one of the most meaningful CD’s I have had the pleasure to enjoy and review!”
Len Rogers, StoneWall Society CD review

“The production by Karen Kane along with the exceptional backing musicians – specifically the tasty guitar work of Wayne DeAdder – elevate this release from independent vanity project to seriously professional.”
Jaimie Vernon, on the ‘Don’t Believe A Word I Say’ column “Karen mixed my self-produced album which was recently nominated for an award (2014 Cape Fear Blues Society, Best Self-Produced Blues CD). A true professional who worked on my independent production as though I was a national act. The work environment is relaxed, creative and collaborative and I couldn’t be happier with the final product”.
Jim Nelson Singer/Songwriter, Wilmington, NC “It has been such a pleasure working with you on this project. Usually by the time I get to the end of the recording process, I’ve heard the songs so many times that I never want to listen to them again. Not so with this CD! Even now, listening to the mixes makes me smile. Not only were you remarkably easy to work with, you have made the CD so much better. THANK YOU”.
Jenrose, Singer/Songwriter

“What a fabulous treat it was to work with you! Old school meets high tech, the perfect combination in my mind. Of all the studio situations I’ve been in, I don’t remember when I’ve felt like I was in such good hands”.
Kara Barnard, Singer/Songwriter/Producer “I’m sitting here listening to your new CD. What a DELIGHT it is! I love your voice and the songs and here’s the bonus: it’s one of the most gorgeously produced albums I’ve heard in quite a while! Just my cup of tea: clean, musical, lush and real. My congratulations to you, Gene and Karen for a job extremely well done”.
Paul Mills, Canadian Musician/Producer, reacting to Laura Bird’s album “The Water In Between”

“Karen manages to coax the most glorious sounds out of every instrument. I’ve always been thrilled with the work I’ve done with her. She creates a very comfortable, casual working environment that makes it very easy to relax and make great music. It’s hard to find someone as versed in engineering AND the mixing process as she is”.
Wayne DeAdder, Studio Musician, Toronto

“Thank you so much for the privilege of working with you! I’m STILL taking in the fullness of the experience because I’ve never had anything like it before. You are just so great at everything you do. You are both the most focused producer I’ve ever worked with AND the warmest and most sensitive”.
Anna Gutmanis, Singer/Songwriter, Toronto

“We only worked together once at Phase One, but it was a great and educational experience. One of the best bass and drum sounds I’ve ever heard during a session”.
Paul Antonio, drummer for Jesse Cook and Toronto studio drummer “Given the raw energy of our two talents, Karen Kane brought them together within the music and shaped them into this fantastic CD. Her years of experience combined with her high standards in the studio pushed us to dig deep; bring out more then we knew we had. Watching her work the board—nothing short of Magic. She finds the “Just right” and brings you back to you in a way that is comforting and yet challenging. She embodies Artist within engineering and production”.
Georgia Winfree, Singer/Songwriter, from the duo, Someone’s Sister

“I ran across your article about recording djembes on a website called drum journeys. As I’m a novice home studio recorder and djembe player, I found the article very informative. I linked to your website and read some articles there. I’ve learned more from these brief articles than from most other sources combined. Thanks for sharing your experience and expertise.”
Dave Robertson “Karen Kane’s precise ear, nimble fingers, and expansively artistic vision work perfectly in tandem with her years of technical studio experience. Karen is a Type A ethic with a Type B freedom- the dream producer for my second CD Independence Meal”.
Alix Olson, Spoken Word Artist

“The albums that you engineer have the cleanest, clearest, most authentic sound of any recordings. The quality of sound makes the music a joy to listen to. Wonderful work!”.
Nenah Sylver, Songwriter “Combine Laura Bird’s haunting alto voice, her insightful songwriting skills with an admired in-demand mixing engineer/producer (Karen Kane) and some of the best musicians in the biz..the result is ‘Dreamwalker’ a finely crafted, top-notch first CD that deserves to be listened to again & again”.
Carl Borgstrom, Artistic Director ‘Live! at the Opera House’ Toronto “Someone’s Sister, aka Katherine Jones and Georgia Winfree, have mos def garnered an A+ on their first CD effort, entitled Hand Me Downs. This AAA acoustic masterpiece was recorded at Audio Genesis and produced by Mixmama Karen Kane; and to perfection, I might add. This is absolutely one of the best NC discs of 2004″.
Laura McLean, a review for The Beat magazine, November, 2004 “Karen loves her job. She has fun and absorbs the music she’s working on, until it is apparent that she is WITHIN IT. This quality, combined with her incredible ear, technical wizardry and obvious experience in her field, makes working with her a complete joy”.
Ember Swift, Canadian Singer/Songwriter “We got the Cd and we LOVED it! You’ve done a great job of mixing. The mixes capture what a live recording should capture: that extra life and buzz…..it’s really, really good”.
Zrazy (from Ireland) on the live recording, NWMF Silver “Boston’s resident recording whiz, Karen Kane, engineered “A Rainbow Path”…working with tight budgets and sometimes little studio experience, progressive musicians really depend on competent, cooperative engineers, and for many fine-sounding albums, that has been Karen Kane”.
From a 1984 review of Kay Gardner’s album, A Rainbow Path